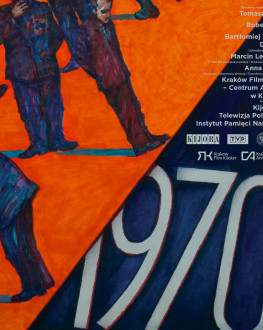 In 1970, protests broke out in several cities in Poland. Workers went on strikes to object to price increases. As the situation became tense, a crisis team is summoned to the capital. Animations and telephone recordings help the audience peek behind the closed doors. Strategies to break up protesters and future repressions are planned. 1970 is the film about that rebellion, but told from the perspective of the oppressors.