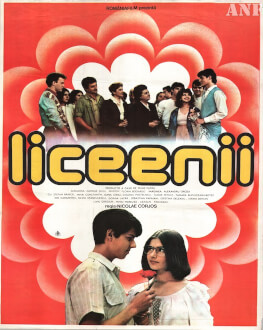 It is the story of some teenagers in their first high-school years. Mihai loves his classmate, Dana, who already has a boyfriend. This love of his changes Mihai from a backward pupil to one of the best. Surpassing himself, he even learns to play chess, reaching Dana's level, that of a national champion. Finally Dana will realize that Mihai loves her and she'll choose him over her former boyfriend.