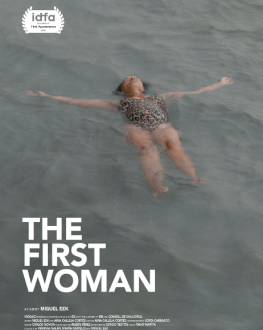 Documentary film has a particular fascination with the realm of mental disorders and the institutions which are responsible for isolating it from “normal” society. Since it is presupposed that the psychology mentally ill people cannot be probed – it is namely in this aspect that their disorder lies – cinema can stick to what it does best: recording the visible realm down to the tiniest detail, behind which, of course, hides an essence as well, one which is ambiguous par excellence. In Miguel Eek’s documentary, the protagonist, Eva – a woman who lost the last six years of her life in a psychiatric ward and is about to take the first steps towards returning to an independent life -, at first glance doesn’t hide anything concerning her inner experiences and feelings. With an exuberance reminiscent of Almodóvar's female characters, she exposes her fears and her hopes for the future in front of anyone who is willing to listen to her. The cascade of her words makes us aware both of her inadequacy in an individualistic and pragmatic world, as well as of the similarity between her inner experiences and feelings, and those of any of us. The difficult ascending path that Eva is committed to climbing is filmed without pathos by Eek, who manages to find the right distance from a character who is constantly performing. Some of the most affecting moments in the film are the rare reverse shots of Eva’s interlocutors, most of them silent, and whose faces reflect what the viewer too gets to feel about the protagonist: affection, some irritation, some amusement, and a lot of concern. (Liri Alienor Chapelan)

Miguel Eek was born in Madrid in 1982. He is a graduate of ESCAC Catalonia (documentary filmmaking, 2004), and Arcada Polytechnic Helsinki (2005). After working as a director of documentaries and TV series, in 2007 he founded his own production company, Mosaic, in Mallorca. Selected at more than 30 international festivals, his films have received the Best Script Award at the Madrid Film Festival, two City of Palma awards for Best Film, three Latino awards, as well as Best Documentary and Best Script award at the Mallorca de Cinema awards, among others.

The First woman - Miguel Eek in conversation with Monica Stan