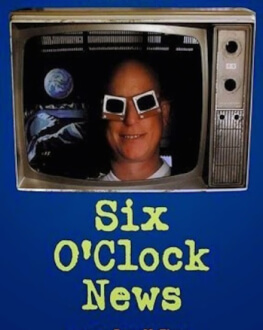 After becoming a father, McElwee finds himself spending much more time at home than usual, taking care of his son. He is facing a constant stream of atrocities broadcasted daily on TV, on the news. The world seen through this specific window looks horrific (earthquakes, disease, fire, murders), threatening and surreal. What kind of world will his son grow up in? A hurricane destroyed a South Carolina island, home to Charleen, McElwee’s long-time friend and recurrent character in his films, and he decides to go and see for himself what is happening beyond the window of the media. He finds himself in the middle of several television crews, at the very scene he had witnessed on TV, namely the bridge leading to the island. Although they are all looking at the same damage, they are not seeing the same things. As in many other situations in this film, he starts filming TV crews at work, with the same curiosity towards their behaviour as he displays towards any other person's. While filming them, he reveals their artifice, their blindness, and how they stage scenarios.

Unlike them, McElwee takes the time to cross the country and unearth the full stories of the victims of disasters, people he had previously seen on TV. He takes the time to meet them and to see them interact with the damages they have suffered. He places himself - and thus places us as well - in their own timeframe, not in the 6 o'clock news timeframe. We are not in thrall to the TV and, thanks to McElwee, we become active spectators. (by Vanina Vignal)