The Future Cries Beneath Our Soil 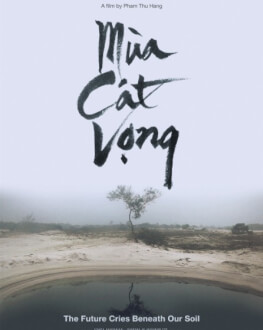 The Future Cries Beneath Our Soil

During the Vietnam War, which lasted between 1965 and 1975, the Quang-Tri province, situated on the border between North and South Vietnam, was subjected to the most relentless bombing campaign in the history of military wars, with its artillery of explosive exceeding that used during World War II. Five men who have spent their entire lives in this place, where the violent past silently makes its presence known, go about their days in languor, dictated by their daily activities and conversations, either heated, or filled with jokes and spontaneous bursts into song. Director Thu Hang Pham allows himself to get carried away by their friendship, acting here as a map for reminiscing and for their attempt to see around not just the burdensome legacy of the land, which not too long ago was being attacked by ten bombs per square metre, but also moments of bright and simple serenity, when the five of them laugh and eat together. (by Teona Galgoțiu)