Just at the edge of Bucharest, the Văcărești Delta has been a fantastic battlefield between nature and civilization for decades now. For the Enache family, the delta is a paradise. Their nine children grew up in the wetlands after nature reclaimed it from a grandiose Ceaușescu-era urban plan abandoned in 1989. The kids fish, hunt, wrestle, and roam free in its idyllic landscape while their father acts as a guide and advocate for the entire ecosystem. But when the outsiders’ polite and ecological-minded curiosity gives way to the unfettered capitalism and its inescapable progeny, gentrification, the Enaches are moved to make way for development — to an apartment building that feels alienating by comparison. The pressure to adapt to their new city-dwelling identity gets to all, breaking hearts, family ties, and fundamental parameters of identity. Director Radu Ciorniciuc and writer Lina Vdovîi respectfully and delicately weave a universal story that combines spectacularly beautiful shots with the devastating intimacy of a family bearing the burden of the times. (by Mona Nicoară) 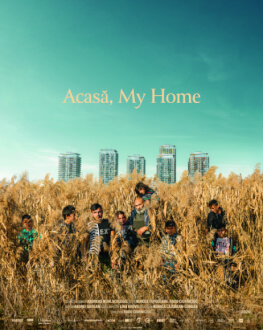