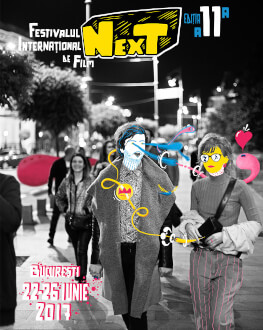 The Parables of Today program brings together short films depicting the hottest subjects on the last years' political agenda - the refugee crisis, the re-emergence of extremist political groups and the increasingly numerous initiatives and discourses of a nationalist and/or rasist nature. Designed as cinematographic parables, these films explore the present through recent history's events or they reverse the historical roles: conquered -conqueror, dominated-dominator, refugee -host.

While Borders follows the refugees' route from the Schengen border to the refugee camp from Brežice, Home reverses the migrants' journey in order to describe the breakdown and rebuilding of trust and love amid the horrors of war and migration. The ones left behind are found again in Greetings from Aleppo by the photographer Issa Touma who returns to his hometown to record the art of survival during one of the biggest tragedies of our time. And in Coincidence and The Illinois Parables, the meanings of coincidence and the historical role of belief in ideology and national identity are explored through an essayistic reflection and a suite of eleven Midwestern parables.