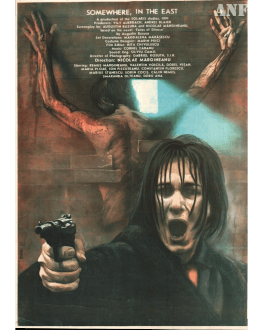 We are in a Transylvanian village, in the fifties. There's nothing the party activists won't try in order to make the villagers join the co-operative farm. Măgureanu family - whom the authorities consider to be kulaks - and the armed men of former officer Sterian (Călin Nemeș) and their guerrilla warfare represent the opposition. And even if two of the Măgureanu boys die and Sterian commits suicide, none of the opponent groups want to play by the communist rules.