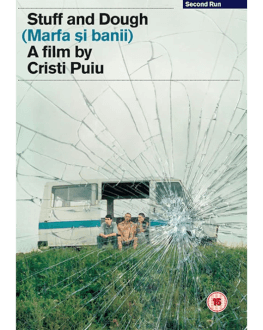 Produced by: Rofilm, Cinematographic Studio of Ministry of Culture

To start his kiosk for selling snacks and soft drinks, Ovidiu (Alexandru Papadopol), a young man from Constanta, accepts the well-paid job that a local shark (Răzvan Vasilescu) offers: he is to deliver a parcel to a certain Mr. Doncea (Doru Ana) on Agricultori Street in Bucharest. And because he is still going to Bucharest, his mother (Luminiţa Gheorghiu) asks Ovidiu to buy something for their store, from a supermarket. In order not to make the journey alone, Ovidiu also takes his friend, Vali (Dragoş Bucur), in whose discretion he has full confidence. But Vali also comes with Betty (Ioana Flora), his girlfriend. The three set off in the family's rather messy minibus. Even if followed by the members of a rival gang, Ovidiu manages to deliver the parcel to the specified address, only that, after this first success, he will be forced by the local shark to accept other transports.

The film premiered in Romania June 1st, 2001. It was selected at Cannes Film Festival, Quinzaine des Réalisateurs, in 2001 and at many other international festivals.