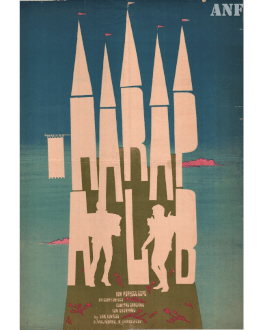 It is the story of an emperor's son who has a dream in which he is the White Moor. Tricked by the Glabrous Man into becoming his slave, the White Moor is ordered to go and bring his master the daughter of the Green Emperor. His five special friends help him accomplish all the tasks to win the girl from her father. And when he comes back, the White Moor challenges the Glabrous man and he defeats him, thus saving his father's empire. When the dream is over and the young man wakes up, he goes to his father and requests gratitude for his having saved the empire. But instead of thanking him, the emperor starts chasing his son to punish him for insolence.

The film premiered in Romania November 15th, 1965. It has received several prizes including the Prize for the originality of the direction at the Moscow International Film Festival in 1965.