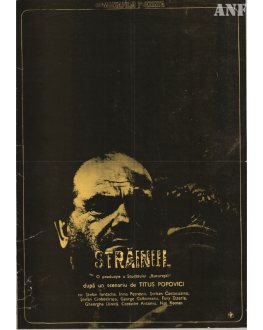 Screnplay: Titus Popovici, adaptation of the novel with the same title by the same author

Andrei (Ștefan Iordache) and Lucian (Șerban Cantacuzino), two eighth form students, become friends in spite of the social distance between them: the former is a worker's son, the latter is a senator's son. Andrei gets to meet Sonia (Irina Petrescu), Lucian's girlfriend. The two youngsters are attracted to one another, but the girl who comes from a wealthy family is afraid to face the hardships of life, so her heart is not constant. Gheorghe, Andrei's uncle, an escaped political prisoner, focuses his nephew's juvenile ideals on joining the patriotic forces of the city in their fight against the German troops on their retreat.