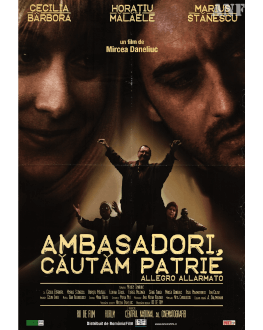 Bucharest in the 90s. The embassy of the "Endola Republic" (imaginary state) in Romania is abandoned because of lack of funds. Endola's ambassador, Patrick Kamara (Rafael Malonga), is left one by one by all the employees except the secretary Nona (Cecilia Bîrbora). Arriving at the canteen for the poor, Patrick Kamara meets Nelu (Marius Stănescu), a revolutionary wounded in December 1989 who became addicted to drugs because of precarious living and suffering. Nelu is brought to live in the former embassy building, where he meets Nona, with whom he falls in love. Various characters, more or less "honest" such as Titi (Horațiu Mălăele), a former security officer who now "turns" dubious business, Arab businessmen, "new rich" etc., try to take advantage of the situation created.