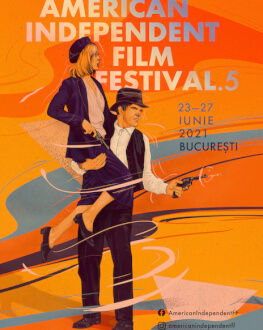 The evil vampire villain Radu returns to his hometown Prejnar, after spending years in exile. He steals the precious blood stone which is said to be bleeding from all saints, from his father and kills him. Meanwhile two American schoolgirls team up with a local girl for work on Romanian culture. Radu becomes attracted to them but runs into trouble when his brother Stephan helps the girls.