Eighty Five Percent Of What You Remember | PREMIERA @STAGIUNEA CORP 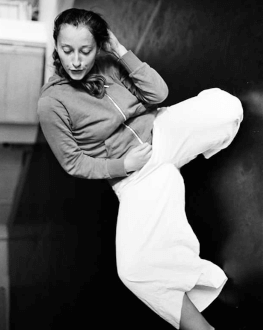 This performance works with seduction and emotional manipulation as statements, hypnosis and strangeness, pain and pushing the limit between the comfortable visible and the uncomfortable invisible.

Starting from questions like: how does the audience perceive / experience a dance performance? Can you penetrate the line between private / subjective experience and general / objective? Is there a recipe for inducing states not used by the mainstream media? Starting from these questions a "performance within a performance" was born during the Reedans research residency that took place in Cluj and was organised by The National Dance Center Bucharest in the summer of 2019.

The core of this performance questions states of being as a person surviving / living in the contemporary world.

The frame for this core questions how we, as audience, watch, how do we empathize, how do we separate or not from what we see.

And everything starts with a letter addressed to the audience!

With the support of Viktor Ruban and Cristian Iordache.

Performance produced with the support of the National Dance Center Bucharest.

Eighty Five Percent Of What You Remember is presented within THE BODY SEASON @ONLINE, an AREAL project.