Petre Sirin: a pioneer of queer culture in Romania 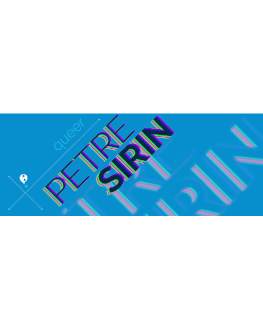 Two documentary films made by director Petre Sirin (1926-2003) - “The Neamț Citadel” (1958) and “The Stone Chronicles of Dobrogea” (1962) - bring into focus once again the personality of a man who produced an entire collection of short-films about history and the arts, at the same time leaving behind a fantastic trove of testimonies about a world that is virtually unknown to the public, that of queer culture during Communism. So far, the Humanitas publishing house has printed a part of his private journal in the book “Castele de nisip. Cronica de familie 1949-1959”(“Sand Castles. A Family Chronicle: 1949-1959”). But a whole set of various other materials are waiting their turn on the printers, to reveal not only the day-to-day life of our protagonist, but also an entire community of Romanian gay intellectuals of the era.Born in Chișinău, Petre Sirin would eventually welcome, in Bucharest, the friendships of semiotician Roland Barthes, of literary critic Ion Negoițescu, of art critic Radu Ionescu, of actor Ion Omescu and of painters George Tomaziu and Andrei Cădere. Together with our guests - Alexandru Lupescu (his life partner), Florin Buhuceanu (human rights activist) and film historian Bujor Rîpeanu - we will be exploring different milestones of gay history and culture, opposite the police repression that went on until 2002.

This event is part of a private initiative of the ACCEPT Association and the ECPI Foundation, the Euroregional Center for Public Initiatives, to establish in Bucharest a Museum of Queer History and Culture in Romania.