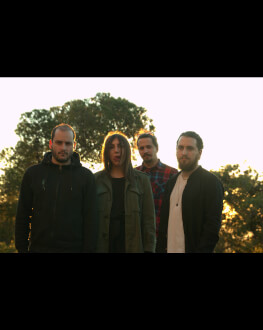 Godsleep:
Formed in 2010, Godsleep have been working relentlessly since then, walking their way to entering the heavy rock pantheon. Having been characterized as one of the most promising bands of the heavy / psychedelic rock sound, from their very beginning, the Athenian heavy rock rollercoaster based its very existence on powerful live appearances, including participations in high profile rock festivals all around Europe, and having already toured Europe once, for the promotion of their critically acclaimed debut album Thousand Sons of Sleep (Rock Freaks Records, 2015). 2018 hails the release of Coming of Age, Godsleeps sophomore full length album, as well as their most mature one, to date. Having kept their sounds core
ingredients, heavy / fuzzy guitars, thick bass lines and powerful groovy drumming,

Released via legendary Greek underground rock record label, The Lab Records, Coming of Age is already rumored to be one of the most promising rock music albums, coming from the Greek territory, for a decade now. Be prepared for all that is
to come!