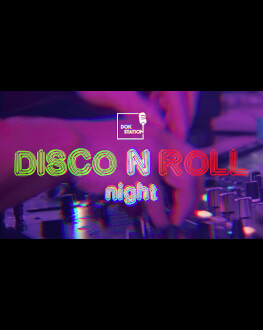 EN
Tudor Lakatoș is a 52-year-old schoolteacher from a small village in Maramureș, northern Romania.
But he is better known as Elvis Romano, an Elvis Presley impersonator and obsessive who performs the works of The King in the Romani language. His mission? To share Roma culture with the world, and to prove that Romani is a modern, living, breathing language.
Famous all over the world, following a 2014 BBC documentary, Elvis Romano is an original artist in his own right.
Saturday, September 14, at Apollo 111, DokStation presents an exclusive show by Elvis Romano performing Elvis Presley covers in Romanian, English and Romani, as well as samples of his original work.

Pietro Anton was born in Magenta (Italy) in 1978. After graduating in Film Studies in Bologna at DAMS University, he moved to Milan where he started to work in production teams for television broadcasters.
In 2009, he moved to Berlin and started his career as a documentary filmmaker with Italo Disco Legacy, a film on the past, present and future of Italo Disco music. The film was premiered in Berlin at the legendary Berghain club and toured the world since, with 60 screenings in 22 countries.
At DokStation, Anton will perform a DJ set with his personal all-time favorite Italo Disco tracks.