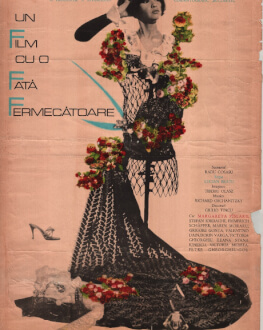 Ruxandra (Margareta Pâslaru), a young girl who fails her entrance exam at the Theatre University, uses her personal charm to prove that she can be an actress. Therefore, she tries to seduce several men: a commercials’ director, an engineer found by hazard in the phone book and an assistant film director. Finally, she gives an audition and is casted in a film.