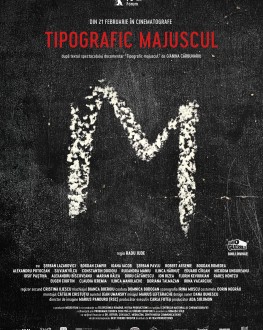 Uppercase Print links two stories, two histories. One is the true story of teenager Mugur Călinescu, who in 1981 chalked protest messages against the Ceaușescu regime on walls. His story is presented as it appears in the voluminous file kept by the Secret Police, which observed, apprehended, interrogated, and in the end destroyed him. The other is the official story of Romania at the time, in National Television archive footage.