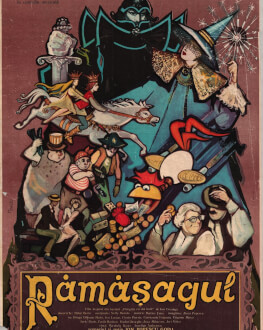 Once upon a time there were an old man (Ion Lucian) and an old woman (Draga Olteanu Matei). A good fairy (Angela Similea) makes a bet with the old man: she is to give him a small bag with two coins provided he hides it so well, for seven days in a row, that the fairy can't find it. With the old woman also helping him, the old man wins the bet after many episodes in which Coco, the cock (an animated puppet), plays a special part, too.