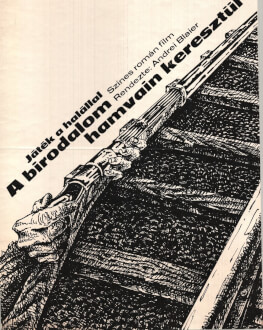 Darie and the Diplomat, two soldiers recruited by force, escape from a convoy and wander through the Balkan Peninsula devastated by the war. Witnessing the disintegration of the Austrian-Hungarian empire, they make huge efforts to survive. And even if they have opposite natures - Darie is a young idealist while the Diplomat is a cynical mythomaniac in whom vulgarity and nobility go together - they help each other until they get back home.

The film premiered in Romania March 8th, 1976. It won Great Prize and Music Prize in the 1976 edition of the ACIN Awards and Best Actor Prize (Gheorghe Dinică) at Karlovy Vary Film Festival the same year.