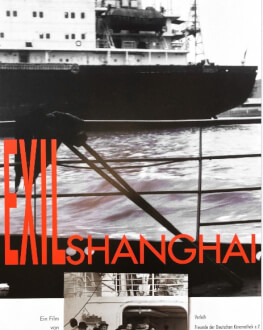 ”Exile Shanghai” is an odyssey telling the life stories of six German, Austrian, and Russian Jews, who found refuge in Shanghai from the persecution they experienced in their respective countries - from Sephardim in the mid-19th century, to Russian emigrants escaping pogroms, to Europeans fleeing the Third Reich’s Extermination Policy. It depicts a lost community full of contradictions, in between the luxurious colonial life, the social and gastronomic delights of Vienna and Berlin, the existence of a queer scene next to the misery of the new ghettos, and the enormous changes that would follow - war, Japanese occupation, revolution. Ulrike Ottinger mainly chooses to edit memories of these people with images of Shanghai today, thus triggering our imagination: we can see in our mental screen what is not there anymore. (Vanina Vignal)