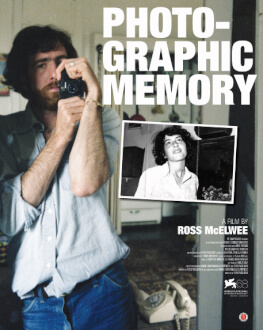 Ross McElwee’s most recent film is a magnificent coming-of-age story and a cinematographic journey. McElwee starts by sharing with us how he constantly finds himself at odds with his son Adrian, who is no longer the cute little boy we have seen growing up in all his father’s films - a kid usually willing to be in the frame, interacting with his father - but a young adult already, addicted to technology, gifted and extremely creative, but silent and unreachable to his parents. McElwee confesses to us that both himself and his wife were very confused and did not know how to react after Adrian dropped out of school, or to his use of alcohol and drugs. Now, McElwee finds himself cast in a role like that of his father’s: a member of an older generation, alarmed by his son's apparent lack of direction. In an attempt to understand Adrian and hoping to call back some of the feelings he himself had experienced at that age, McElwee travels back to a village in Brittany to retrace his own journey into adulthood, when his whole life was still ahead of him and had no idea what to do with it. The first random village where he stopped became the place where he got his first job working as an assistant to a wedding photographer, Maurice, and where he had an affair with Maud, a young woman of his age... (by Vanina Vignal)