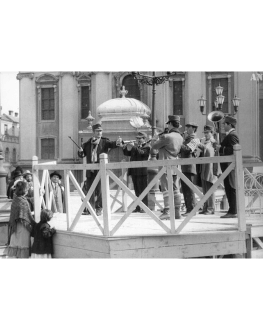 The film premiered in Romania January 1991. It is one of the film productions of the year 1989, it won Special Prize for the Interpretation (Valentin Uritescu) in the 1991 edition of the ACIN Awards.