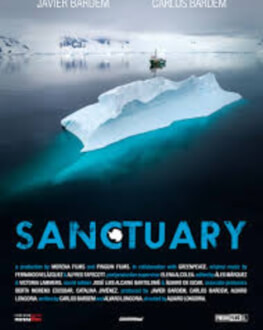 Synopsis: Featuring Spanish actors and environmental activists Javier and Carlos Bardem, this urgent, enlightening, and stunningly beautiful documentary tells the story of a campaign to preserve the Antarctic Ocean by Greenpeace.

The Antarctic is, for now, one of the world's most pristine regions. If we continue to indiscriminately exploit its resources, however, it will not stay that way for long. Produced by and featuring Spanish actors and brothers Carlos Bardem and Oscar winner Javier Bardem, this urgent, enlightening, and stunningly beautiful documentary takes us to the Antarctic for a deeper understanding of what's at stake.

The brothers take a submarine dive into the coldest sea on Earth and behold its otherworldly wonders, and they meet Javier's favourite animal, the penguin. The Bardems also help us gain an understanding of the current threats to the Antarctic, such as tourism, plastics, and industrial fishing boats that vacuum unfathomable masses of krill – a key part of the penguin diet. (Toronto International Film Festival)

The World to Come