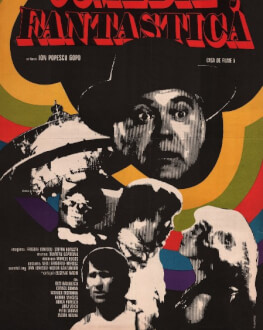 An extra-terrestrial robot comes to Earth to gather information on a spaceship built by a professor whose death was quite strange. The professor's assistant tells him the man tried to create an artificial being inside the spaceship. And indeed, the boy who's born there is brought up by a robot mother and is educated by the professor's image projected on a screen. But in this entirely technical environment, the child longs to go to Earth and enjoy the humans and the nature.

The film premiered in Romania May 12th, 1975. It’s working title was “The Pheonix Bird”.