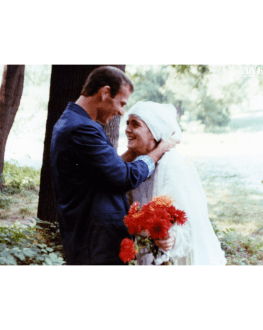 Doina (Diana Gheorghian), a fashion designer, finds out she's got cancer. Her closest friends are Mitică (Andrei Finți), a colleague from work, doctor Iuga (Claudiu Bleonț) and Şerban (Alexandru Repan), her former drawing teacher from secondary school. Each of them loves her, but Doina had chosen Mitică to live and have two children with. In spite of all the doctor's efforts, the woman's condition gets worse. In the end, after having repeatedly rejected his proposal, Doina marries Mitică and then dies in peace.

The film premiered in Romania October 27th, 1989. It won Prizes for Best Photography, Best Sound and Best Editing at ACIN Awards in 1989.