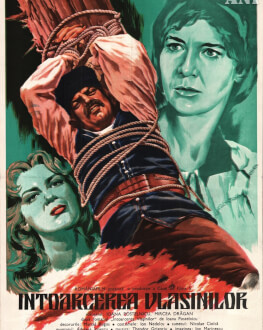 Selling his fellow villagers to the imperial authorities, Branga (Silviu Stănculescu) - a shepherd - becomes a magistrate and gets rich. Together with the Habsburgs, he plans the Vlashins' serfdom. But the people find out about all this and take their revenge by setting the houses of the authorities - including the mayor - on fire.

The film premiered in Romania May 21st, 1984 and it is a sequel of ”The Vlashins Leave”.