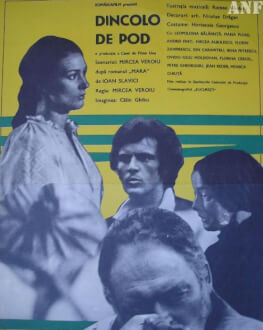 Mara (Leopoldina Bălănuță), an enterprising petty trader of a Transylvanian village of the XIXth century, tries her hardest to provide for her two children, Sida (Maria Ploae) and Trică (Florin Zamfirescu). But in time they start disobeying her: Sida secretly marries Hans (Andrei Finți), the son of Huber (Mircea Albulescu), the butcher, while Trică voluntarily enlists. The two families accept the marriage of Hans and Sida only after the birth of their first child. But the fragile peace breaks again when Hans kills his father.