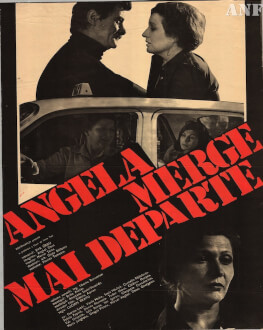 Angela, a taxi driver, lives a lonely life although her job makes her deal with various people. She becomes fond of Ghiuri, a customer she meets several times. But their love story comes to an end when Ghiuri learns that sometime in her past Angela got pregnant and had an abortion. He leaves the country together with his ex-wife and Angela who is pregnant again resumes her lonely life feeling confident in the future.