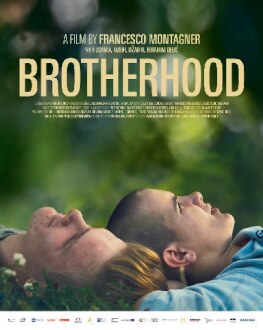 Jabir, Usama and Useir are three young Bosnian brothers hailing from a family of shepherds. They all grew up in the shadow of their father, a strict Islamist preacher. When he gets sentenced to two years in prison for terrorism, the three brothers are suddenly left alone. They make their best to observe their father's commandments, but soon they realize that the strict rules of their religious community may not mean the best for them. Brotherhood is an intimate study showing, with detached empathy and amazingly precise details, the power of example and the limits of innocence.