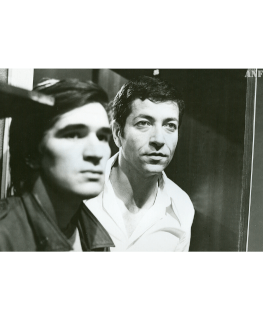 Petre (Dan Nuțu), a teenager who doesn't get along with his parents, leaves home and goes to his elder brother Andrei (Ion Dichiseanu), a successful actor. There he meets Dora (Ileana Popovici), one of his brother's young fans. When Andrei gives the girl his attention, Petre feels abandoned and runs away without even taking the hundred lei bill his brother had given him. A car runs Petre down. When he learns about this tragic accident, Andrei realizes - while watching his own smiling face in a musical on TV - that underneath his glittering success, he lives an empty life.