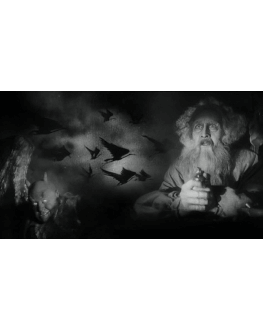 Faust, one of the classic silent films, was made in 1926 by F.W. Murnau. The film is a masterpiece of the silent film, with a soundtrack made live by the Oradea artist - Dubase.

F.W. Murnau (Nosferatu, Sunrise) orchestrated a colossal adaptation of Goethe's FAUST, being one of the greatest achievements of the German silent cinema. The German director is one of the undisputed masters of cinema of all time, whose art transcends both genres and the expressionist current.

Gösta Ekman plays the role of the alchemist, who, in the middle of a devastating plague, is given the power to heal the gift of youth ... in exchange for his soul. As the evil Mephisto, Emil Jannings offers a historic acting performance.

The artist from Oradea, Dubase, founded the Guerilla Outernational label in 2002, the logo under which he organizes numerous parties and promotes breaks with Leizaboy. Being one of the first artists in Romania to accompany live films, he made his first cine-concerts at TIFF Cluj Napoca, where he sonorously re-illustrated silent films selected from the cinematographic archives.