Ciné-concert: The Student of Prague, with Irina Margareta Nistor & CelloFun 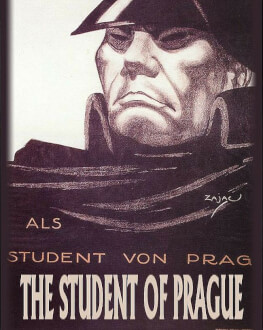 The Student of Prague, also knowns as A Bargain with Satan, is an early German thriller made in 1913, shortly before the start of World War I. The script draws on three literary sources: Edgar Allan Poe’s story William Wilson, Alfred de Musset’s poem Nuit de décembre, and Johann Wolfgang von Goethe play Faust. The film marks a series of firsts: it is the first independent film, the first auteur film, the first art film, and the first feature-length thriller horror in the history of cinema. The screening will be accompanied by the original music of CelloFun, an electro-acoustic formula especially created for silent film, as well as by Romania’s well-known “film voice” Irina Margareta Nistor, who will read fragments from Alfred de Musset’s poem.

Glow in the CRUSH | Neon Party