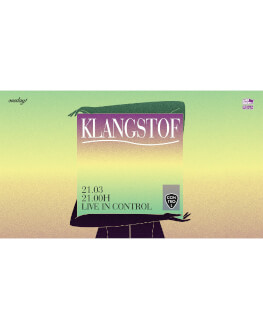 "Let’s just put two words together so that people from the U.S. don’t understand it”

Klangstof was discovered on Soundcloud by David Dan, head of LA boutique label Mind of a Genius (also home for Zhu and THEY.). followed a year laterby the release of their debut full-length, Close Eyes to Exit.

A co-sign from Warner Brothers would soon follow, as well as a remix of breakout single "Hostage" by house legend Sasha, while Klangstof set off on their first US tour where they put their versatility, showmanship & impulsiveness on full display.

Sergei Polunin: Up, Close and Personal