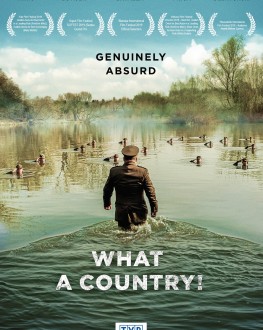 Three surreal, interconnected stories, each of them linked to Croatia’s traumatic past. It all starts on New Year’s Eve when the coffin of the late Croatian president is stollen from its tomb. The thieves want to exchange the presidents' remains for information on the whereabouts of their children who were killed in the war and buried in unmarked graves. Not everything goes according to plan…