Movements of a Nearby Mountain 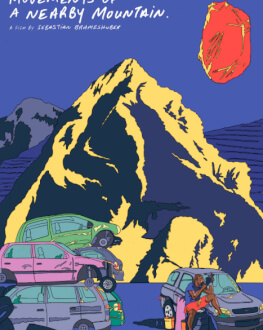 Movements of a Nearby Mountain

Independent and self-taught, Cliff, a Nigerian, emigrated to Austria a few years ago, where he lives in a mountainous area, at the foot of the Alps. In the silence and peacefulness of the near isolation in which he works, the man seems to favour a daily routine: he dismantles old cars, refurbishes them or sells the parts that are still viable, cooks out in the open from time to time and meets potential clients. At a first glance, Sebastian Brameshuber’s film doesn’t seem to advocate a particular cause or to aim at a politically engaged discourse, but the social criticism is there, traceable between the strada of the mundane navigated by the protagonist. Subtly, from his relationships and snippets of conversation, we can detect signs of intolerance, mistrust, or even racism, all hidden behind the guise of good intentions. Even his return to Nigeria (in order to still sell cars) is weighed down by the anguish of being faraway, by the overwhelming feeling of having become a stranger even to your own people. (by Andreea Chiper)