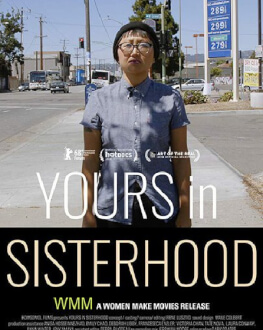 Dozens of women from different parts of the United States, of various ages, ethnicities and mixed social backgrounds, read out in front of the camera letters submitted by other women, half a century ago, to Ms. Magazine, the first ever mainstream feminist publication. If at first they appear as a series of unvarying Brechtian performances, the connections between the women in the past and the women in the present become gradually more obvious and complex. The protagonist of our days sometimes comment on the attitudes and views of those whom they had just given voice to, and some are utterly amazed to discover that what they had read were their own letters to Ms. Magazine, from when they were girls. At times, the troubles described by the women in the past, induced by society’s sexist expectations, deeply rattle them. But more often than not, they are pleasantly surprised and inspired by the courageous stands of these women who, despite the anonymity of the letters, live on as nameless contributors to the progress of society. (by Andrei Rus)