THE MAN AND HIS SHADOW 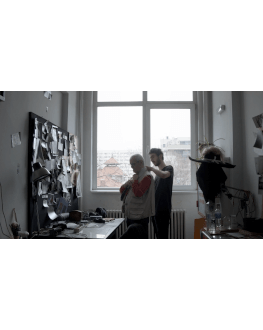 Mr. Georges, a flamboyant analogue photography lab technician from UNATC state film school in Bucharest, will be replaced by the new management, ending his lifelong career. In the process of making this hybrid observational-participatory film, Georges bonds with the director in what becomes an unexpected friendship. Against the backdrop of Romania’s biggest anti-corruption protests against the governing populist party, the film turns a humanistic gaze towards an institution that works as a mirror to the higher governing forces of its country. Georges’ fight for his job becomes a matter of life and death, more than a technological transition.