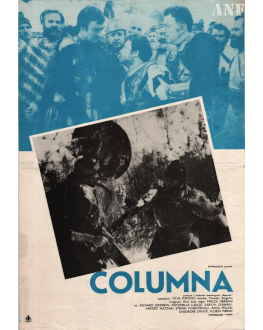 After having conquered Dacia, the Roman occupation troops, led by Tiberius (Richard Johnson), are being harassed by the Dacians lead by Gerula (Ilarion Ciobanu) who hide in the mountains. The harassment ceases after Tiberius disarms the Dacians during a surprise attack and instead of killing them he spares their lives and lets them go free on condition of a peaceful coexistence. The Dacians lead by Gerula will join the Roman army in the fight against the invasion of the barbarian tribes. Even if after their victory Gerula kills Tiberius in revenge for king Decebal's death, the cohabitation of the Dacians and the Romans will continue.

The film premiered in Romania November 18th, 1968. It won Diploma for talent at Adelaide International Film Festival in 1969.