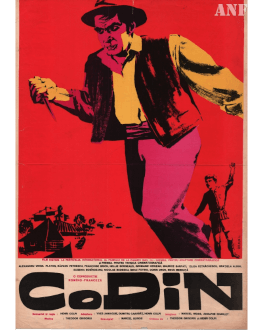 It's the beginning of the XIXth century. Little Adrian Zografi (Răzvan Petrescu) who moves with Joiţa (Nelly Borgeaud), his mother, to Comorofca, a suburb of Brăila, makes friends with their new neighbour, Codin (Alexandru Platon), a recently released ex-convict. Although he usually is a violent and impulsive man, the convict proves his affection towards the child by protecting him on various occasions and by saving his mother during the cholera epidemic. When Alexe (Maurice Safati), his sworn brother cheats on him and steals away his sweetheart, Codin kills him and takes refuge in the Delta. He comes back after several months and his own mother, a venal old woman, kills him.

The film premiered in Romania September 17th, 1963. It won Best Screenplay Prize and The Prize of the French Higher Technical Commission for the quality of color imageat Cannes Film Festival in 1963.