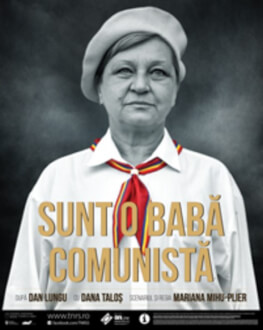 I M A COMMUNIST BIDDY

SCRIPT AND DIRECTED BY: Mariana Mihu-Plier

When I read this book by Dan Lungu I felt as if I was reading a book about my mother. I felt an almost umbilical connection to this text.

It is the story of a woman who, during the communist era, flees from the village and goes to the city, in hopes of a better life. After 1989 we wanted to erase everything that communism meant. We desperately demolished statues, factories, manufacturing plants, save that inside an individual’s mind it’s harder to demolish it all. Mentalities won’t change overnight, and the “ins and outs” of democracy can be equally as agonizing as living in a restrictive regime. The example of democracy is a difficult example precisely because you have the freedom TO CHOOSE. Emilia Apostoaie, the main character of this story, analyses her past as a means of trying to move on.

I wouldn’t say it’s a performance, it’s more of a confession.