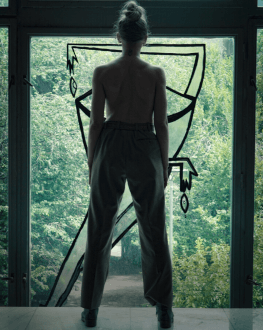 A selection of seven dance films created in the last two years by directors and choreographers from Canada, Romania, France, Great Britain, Australia and the Netherlands, curated by Simona Deaconescu, the artistic director of BIDFF. The films propose different views on the migratory body, feminism and the idea of ​​identity, questioning contemporary utopias and dystopias.

The dance film selection is part of "Roots and Routes", a virtual national tour, organized by Tangaj Collective, which discusses the theme of transgenerational identity both socially and at the level of DNA of the movement. "Roots and Routes" is a cultural project produced by the Tangaj Dance Association and co-financed by the The Administration of The National Cultural Fund. The project does not necessarily represent the position of The Administration of The National Cultural Fund. AFCN is not responsible for the content of the project or how the project results can be used. These are entirely the responsibility of the beneficiary of the funding. The project partners are M Studio, Casa Tranzit, Areal Colectiv and Teatrul 3G.

More information about the tour:

ROOTS AND ROUTES SHORTS SPECIAL is presented within THE BODY SEASON @ONLINE, an AREAL project.