WHITE HORSE is an effort to draw a lucid eye on our recent past in Romania and dissect the mechanisms of radicalization. Who are the Architects of Morality and how do they shape contemporary conscience?

In 2016 a zealous TV journalist humiliates those taking part in a historical court case - the State versus Ioan Ficior. In 1960, Ioan Ficior, a zealous young communist, runs a prison where 100 people die due to mistreatment. In 1944 a zealous teenage Hungarian baron kills a peasant in front of the man’s younger brother, Ioan Ficior. Performed all the way to exhaustion by Ilinca Manolache, supported by live music mixed with the stunning voice of experimental musician Diana Miron and a water tank filled with fish.

Performed in Romanian with English Subtitles. 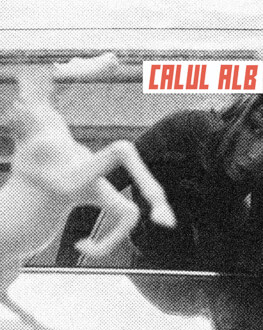