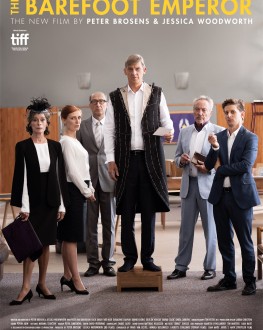 Nicolas III, King of the Belgians, wakes up in a. The King’s entourage tries in vain to protect him from the news that the recent implosion of their kingdom has sparked the collapse of the European Union. A delegation from Vienna announces him that the last King of the Belgians will become the first Emperor of Europe. The King, fed up with others determining his destiny, decides to take matters into his own hands.