Metronom - A symbol of freedom 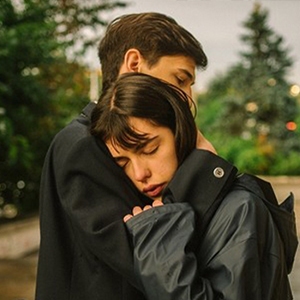 Their characters are two students, Sorin and Ana, who are preparing for the highschool end exam. At first glance, they do not seem very different from young people today: They go partying, rebel against their parents, and procrastinate. However, we must not forget that the action in Metronom, filmed in a slow-cinematographical manner and in a film-specific format, takes place in 1972, in a Romania led by the Romanian Communist Party.

Ana is devastated when she learns that Sorin is about to emigrate to the West with her family, but as the situation evolves, she realizes that his departure is one of the smallest problems she has to face. The film quickly turns from child’s play into the cruel reality of the last century, highlighting the brutality of a system that hardly forgives anyone.

The Radio Europa Liberă metrology show, the only element that gives them a short escape from the daily, is, ironically, the one that will make them captives. But it's still a symbol of freedom that's worth the risk. A freedom that young people today take for granted. A freedom that allowed Alexandru Belc to win the directing award in the Un certain regard section at the Cannes Film Festival.