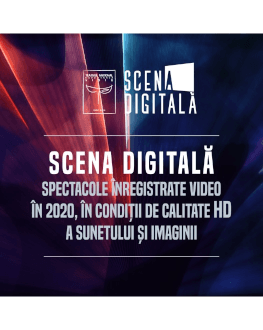 A performance by Victor Olăhuț

‘“Horizon” is a musical performance about our amazement to be here now. The concerts of the “Four Seasons” only made sense to others when the author wrote accompanying descriptive sonnets. We did things the other way around. Starting from the text, we extrapolated with music. We haven’t reached an answer yet, but the road is truly exciting.’ Victor Olăhuț

The Association Cultură'n Șură is a non-profit that has been active in the cultural field ever since 2013. Their main objective is to bring theatre to Romanian villages, thus acting as a cultural bridge between the urban and the rural environment. Starting 2018, this association has created a series of social theatre projects, questioning issues that are insufficiently dealt with in the Romanian society: postpartum depression, social inclusion of ethnic minorities, the perception and social integration of disabled people.

Disclaimer: This project does not necessarily represent the opinion of the Administration of the National Cultural Fund. AFCN is not responsible for the content of the project or the way in which its results may be used. The beneficiary of the funding is fully responsible of all these