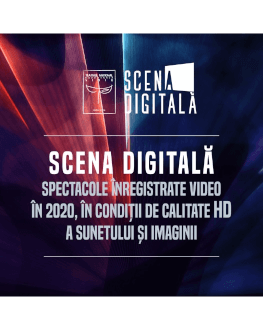 “The Story of the Panda Bears Told by a Saxophonist Who Has a Girlfriend in Frankfurt”, by Matei Vișniec, the text that inspired our script, is a tale on surreal love, a charming poetic drama about the relationship between everyday life and the world of dreams. A man wakes up next to a woman. He cannot remember anything. Who is she? How did he get to that room? What’s going on between them? They both agree to meet for nine more nights, over which they drift further and further away from reality. Caught in mutual agreements, together they wander through childhood memories, communicate wordlessly and remain together absently. Gradually, the performance turns into an intense, surreal love story in which the borders between the visible and the invisible start to fade...