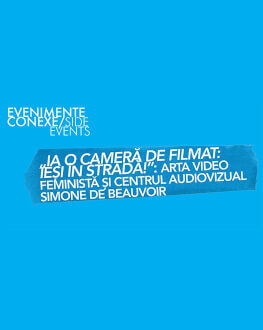 From militant video to image education, from artists' practices to workshops with inmates: we will explore the history of feminist video from the 1960s via the creation of the Center into the 21st century.

Video became a tool for activists and feminists, thanks to its then unique capacity to immediately render image and sound, as well as the possibility of shooting without cutting.

As in the video “Maso et Miso vont en bateau” (“Maso and Miso Go Boating”) made in 1975 by the Les Insoumuses collective, the first feminist appropriaton of a television program, the Center's collection of films interrogates an often male-dominated perspective of the world. The muses are rebellious.