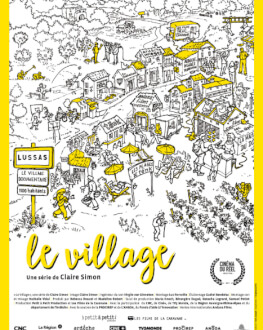 Had it not been for Jean-Marie Barbe’s, a native son of Lussas, idea to turn this place into a centre for reflection for documentary filmmakers all over the country, Lussas would be no more than just another of France’s picturesque villages. It was to become, in time, more and more important for filmmakers and film lovers alike, drawing audiences in their thousands to the yearly film festival taking place here. What is more, the festival team has recently achieved some fantastic results, among which the most important are the creation and development of an online platform (Tënk), whose subscribers can watch a daily auteur documentary, and the establishment of a modern film school whose teachers are some of the most exciting filmmakers of our times. This process, equally difficult to finalise and fascinating to watch, makes the main focus of Claire Simon’s ten-episode series, dedicated to the Lussas phenomenon. We are thus given access into the intimacy of Barbe’s team, a chance to witness their step-by-step accomplishments, but also the disillusionment and failures experienced along their intrepid endeavour. If we were ever inclined to think that such daring projects are easier to achieve in France, “The Village” brings us back to a reality not too different from that in which small organizations in Romania struggle to keep their heads above water. (by Andrei Rus)

Collective reflections on documentary and on contemporary film schools

The efforts of Jean-Marie Barbe and his colleagues, who, in the minuscule French village of Lussas, have managed to build a true Paradise of free documentary filmmaking, are captured over several years in Claire Simon’s 10 episode series, “The Village.”

Their achievement is so impressive and its effects so extensive, that since the very first moment we watched the film we not only decided to screen it at our festival, but to also try to organise a larger-scale event around it, inspired by the protagonists’ energy and aspirations to create an ideal environment in which to contemplate documentary filmmaking, outside the bounds of the industry.

And so, what venue could be better suited for such an event than a university, a place by definition dedicated to the contemplation and exploration of the world?

For two whole days, on Thursday, 26 March, and Friday, 27 March, from the early hours of the morning and until dark, at UNATC, we will be showing the 10 episodes of the series “The Village,” after which we will be organising reflection sessions, with the participation of not only Claire Simon and Jean-Marie Barbe, but also of many other festival guests, professors, PhD students and, hopefully, many students of the university. We will be talking about the importance of documentary filmmaking in an artistic world that tends to marginalise them, but also about the role of film schools in the constant process of renewing the references we use to consider films and to assess their relevance. Admission to the screenings and talks will be free, within the limited available seating.

THE VAST & THE CURIOUS: SERGIU NEGUȚ